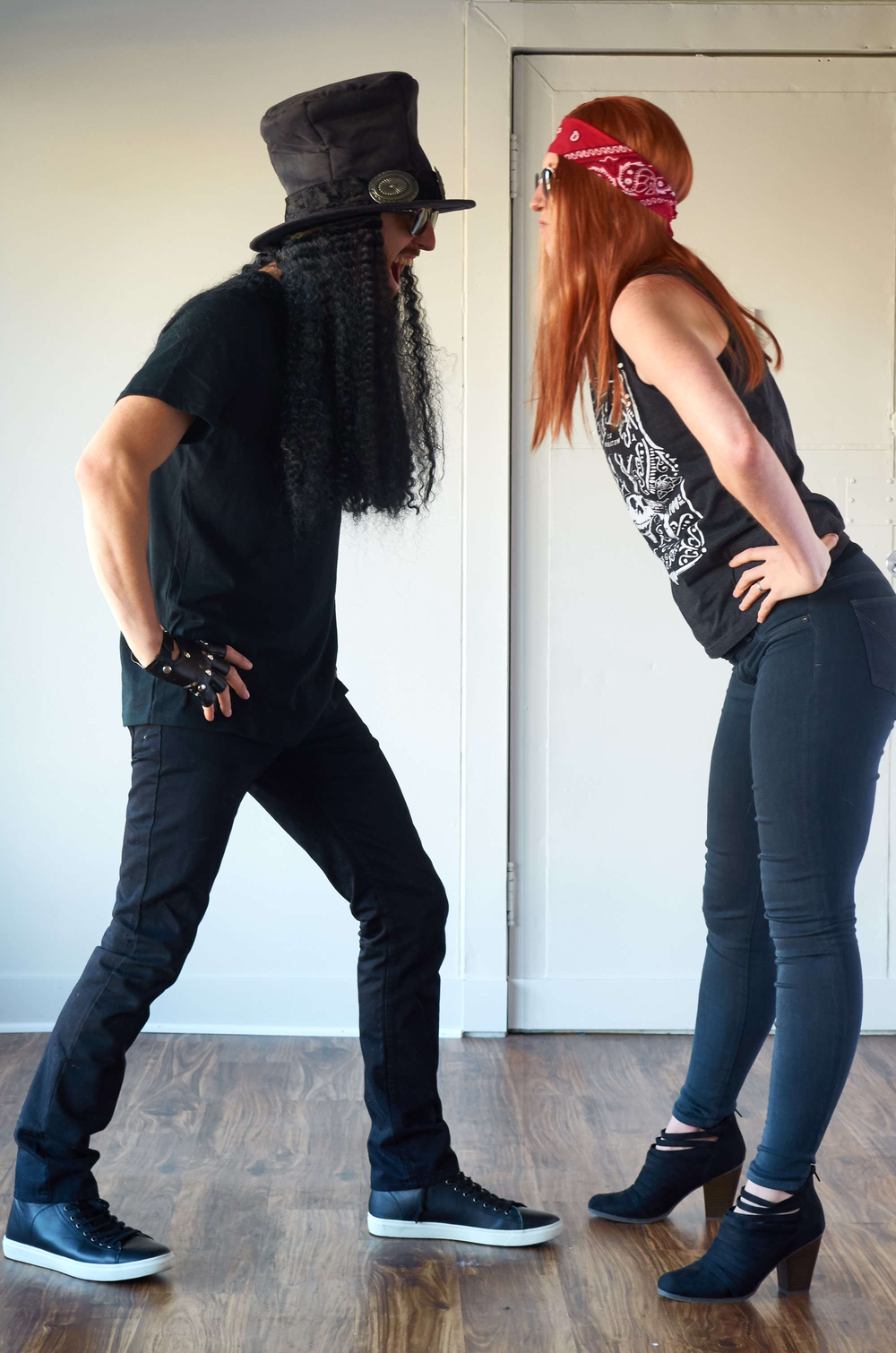 We’re heading to a Halloween costume party this weekend and we needed to pull a couples costume together at the last minute. We made a list of famous duos – Ricky & Lucy, Beyonce & Jay-Z, Peanut Butter & Jelly … but decided to go edgy and classic: an Axl Rose + Slash costume!

Here’s how we pulled our costume together using things we already had (blacks pants and flannels) and a few key pieces we ordered on Amazon Prime (you have time to do the same)!

Materials for an Axl Rose Costume

Materials for a Slash Costume

Did you know?
Slash was born Saul Hudson in London, England. His “November Rain” solo was ranked number six on Guitar World’s list of 100 greatest guitar solos in 2008. And that mane of curly hair? Apparently he’s had it since he was a kid:

Here’s our take on a DIY couples Axl Rose and Slash costume for Halloween: 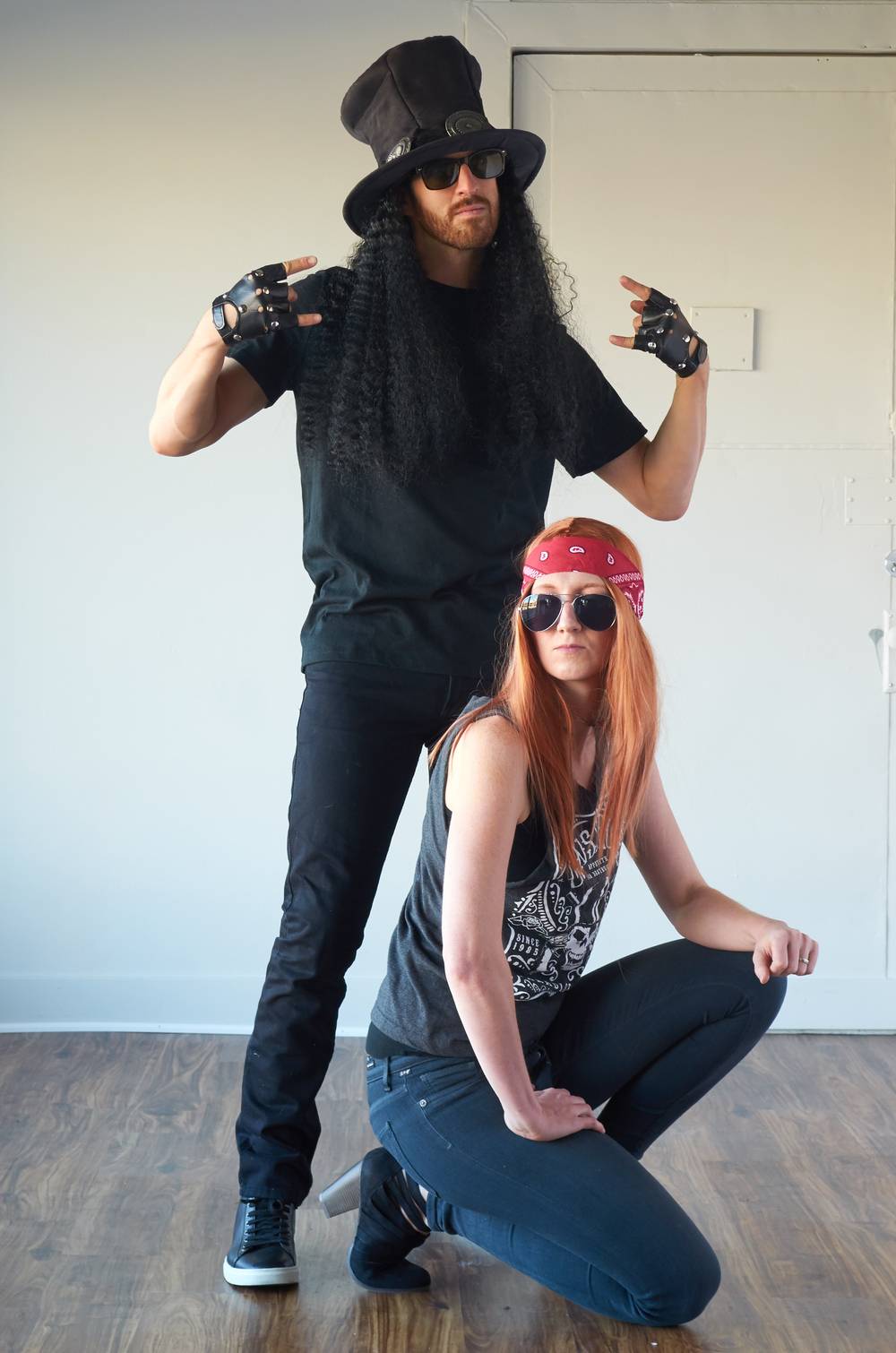 Update: after a few years, I’m still impressed with how this Slash costume idea has held up! We got tons of comments on these outfits, and even better, we were able to re-use a lot of the clothing pieces later on (you can never go wrong with a plain black t-shirt. Definitely one of my favorite Halloween outfits of all time!

What are you going as for Halloween this year?