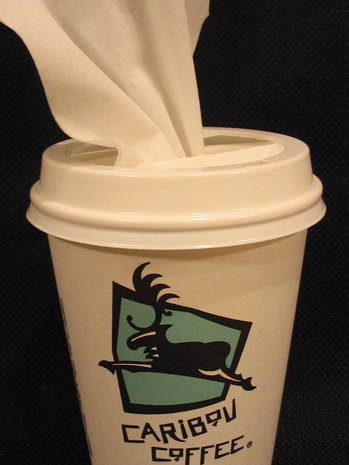 There’s a company out there called WeGo, that sells facial tissues in a take-away coffee cup. In the interest of DIY-ism, I bought one of these cups of 50 sand-paper-rough tissues for 3 bucks so I could pop off the top, rip the guts out and figure out how to make them. Here’s my easy, no-cost version. 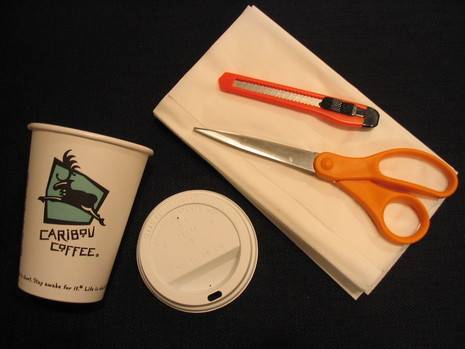 A cleaned, small to-go coffee cup and appropriately-sized lid to fit (the cup in the example is 4 ½” high with a 3 ½” top diameter)

A pair of scissors

A stack of your favorite tissues, approximately ½ inch think (Note: take your stack from your box of tissues in one clump, not one at a time)

1. With your utility blade, cut a hole in the cup’s lid as shown. 2. With your scissors, cut your stack of tissues in half.

3. Place one pile of tissues on the other, weaving top fold of top tissue on the bottom stack into the bottom fold of the bottom tissue on the top stack. Doing so will ensure your tissues will “pop” out as expected. (This step sounds much more complicated than it is. You’ll figure it out.)

4. Fold your new, small stack of tissues and stuff them (cut edge down) into your cup. 5. Pull up the top tissue slightly to create a tail; thread tail though hole in lid and fix lid to top of cup. 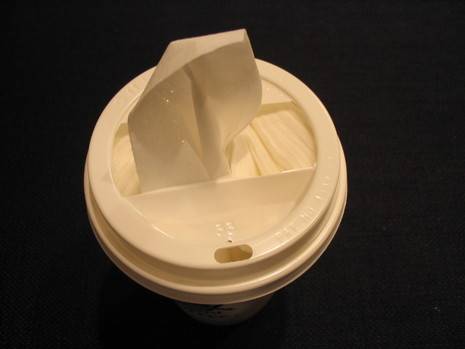 You’ll want to make several of these, as they’re great for your car cup holders and desk. 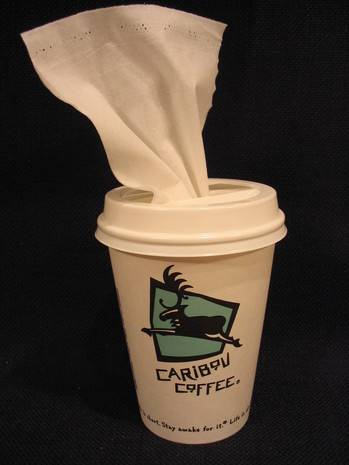